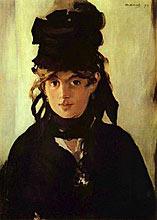 Louise Élisabeth Vigée Le Brun was a French painter, and is recognized as the most important female painter of the 18th century. Berthe Morisot was described as one of “les trois grandes dames” of Impressionism alongside Marie Bracquemond and Mary Cassatt. Marisol Escobar, Grace Hartigan, Alice Neel, and Gabriele Munter are lesser known female artists and yet they each influenced the launching of new art styles. Female artists have been involved in making art in most times and places. Many art forms dominated by women have been historically dismissed as craft, instead of being considered fine art. This course will explore some famous female artists and their contributions to the direction of art history.