Connections Between Art and Music 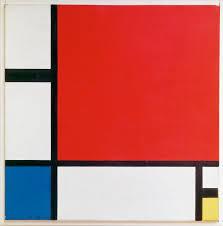 "You took your life, as lovers often do, but I could've told you Vincent, this world was never meant for one as beautiful as you." These lyrics are from a song by the American songwriter and performer, Don McLean, who is paying tribute to Vincent van Gogh. The very same year that this song was written, David Bowie wrote and sang a song about Andy Warhol. Are there other famous artists or famous paintings that have inspired composers? Which famous artists have been inspired by music? Piet Mondrian entitled one of his most famous paintings, Broadway Boogie Woogie. Wassily Kandinsky tried to paint what color sounded like. Have there been collaborations between visual artists and musicians? Philip Glass composed a "musical portrait" of the artist Chuck Close. In this series, we'll explore the often harmonious relationship between music and art.