Art of the Suffrage Movement 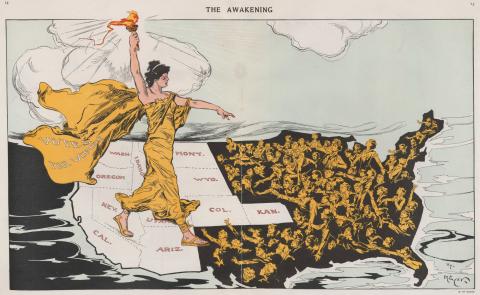 Suffragists relied on words rather than images, until the formation in 1907 of the Artists’ Suffrage League. Art, in the form of banners, posters, postcards and newspaper cartoons, gave a visual dimension to the Votes for Women campaign. In 1909 a group of younger women formed another artists’ society, the Suffrage Atelier. Their aim was ‘to encourage Artists to forward the Woman’s movement, and particularly the Enfranchisement of Women, by means of pictorial publications. This presentation will explore these artworks and artists such as Sylvia Pankhurst’s,  the founder of the Women’s Social and Political Union, and cartoonists such as Nina Allender, Winsor McCay, Ida Proper Sedgwick.